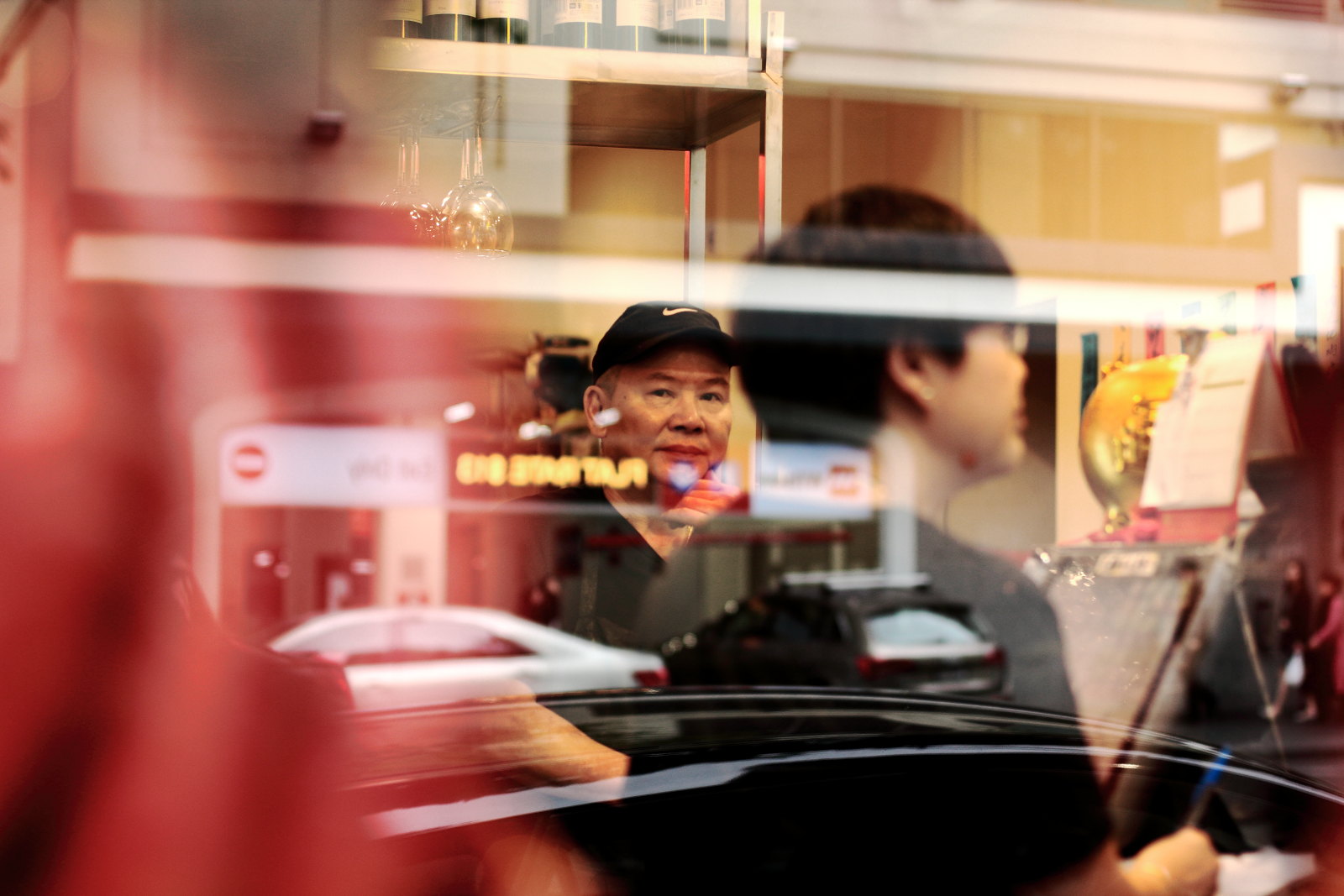 So I’ve been reading into and trying my hand at street photography for about 4 months or so now, I mean that’s not a very long time at all, but basically I’m just shooting as per usual but with a new subject essentially; that’s not to say my photographing and editing style hasn’t dramatically changed for the better since shooting street stuff and people on the street though. I’m starting to get to a point where I’m gaining more confidence to shoot people straight on and not from behind as I had pretty much been doing. I thought I’d put together this post with my most recent work, which comes as recent as this past weekend, I must have spent over 12 hours, yes 12, walking the streets of Melbourne the past 3 days, and that’s not an exaggeration ( I roughly added up the hours), I had nothing else on anyway so I thought I’ll gain experience from doing this and if I stay persistent, my confidence shouldn’t lack or fall away.

I also thought I’d use this post to explain a little bit of how I’ve gone about shooting subjects on the street as I understand (from experience) that it can be a hard style or difficult style I should say, to gain confidence to do and to do to the best of your ability without shying away from it, or having a panic attack in the midst of shooting. I have pretty bad anxiety at times, it comes and goes and so as I’ve mentioned before, I never thought I’d be comfortably able to take photos on the street at all, but I find a calmness in it to be honest. City streets can be an intimidating place and it has taken me ages to slowly move around and ‘grow’ my area in which I shoot. I now feel comfortable enough to cover quite a number of city blocks ranging from the Queen Victoria Market to RMIT, up to Melbourne Uni, down to the State Library, further on down to China Town and back over to Elizabeth street; this area will only grow as I familiarise myself with more areas outside of these and gain the confidence to move and expand my area; but including alot of the laneways and ‘Little’ streets, I’m content with this area for now.

This is probably something that alot of people don’t understand but when you have anxiety and have avoided going into the city pretty much without being in a car your entire adult life until now (and I’m 30), it’s quite the obstacle to overcome but I’m enjoying it and wish I’d done it sooner if I’m honest. Whilst on the subject of over coming things, one thing that I’ve kind of, I guess forced myself to overcome is as I mentioned, photographing people face on. This is where I find you just have to judge who you’re pointing your lens at and how they’ll possibly take it. I was told by a guy only yesterday “no photo!” whilst waving his hand in front of his face while I was waiting with my camera to my eye for the right person to walk through a pool of light that had formed, he just happened to walk towards where I was shooting, so I gave him a slight nod and kept my camera pointed past him as he moved through. I find that in most situations when photographing people straight on, it’s best to take your shot and continue to look past that person or through the viewfinder until they move out of frame, as if you were shooting something behind them all along, they will just glance, say nothing and move on. Alot of people also tend to be in their own world of thoughts and with everything going on around them, they won’t even notice you, let alone notice that you took a photo.

That’s not to say however that somebody else won’t say anything to you for taking a shot, even if it’s not of them. Below there is a photo of an elderly gentleman enjoying a coffee in a sandwich shop, which is the second photo I took of him in that moment. The first photo I took there were bad reflections so I went again noting that he wasn’t looking at me, although fortunately he just so happened to glance up at me as I took the second shot pictured and I got the photo you see. As I started to move on from here, a woman emerged from the same cafe, abruptly telling me “you have to ask before you take photos of people” and walked off before I got a chance to reply, so I just gave a slight friendly smile. Funnily enough I ran into her 5 minutes later as she was over the road with the ‘Stop Adani’ protesters where I took the photo of the woman with the sign, happily having her photo taken by several photographers who had wandered in for a closer look. On the subject of taking photos of people without their permission, there is no law to say that you can’t, it just brings me back to you, yourself judging who you take a photo of and how they’ll take it. In a public space, you are allowed to photograph anyone or anything within reason. I will never post or keep a photo of someone that they might perceive to be ‘unflattering’, yes we all have different expectations or perceptions of what are flattering photos of ourselves but if it’s as you are seen in public, then that’s how you look to everyone else, whereas if it’s a moment where a person is clearly upset, distraught, or just making an unflattering face or pose when I press the shutter, which shows them in a different light other than ‘normal’ I won’t use the shot.

One other thing to remember is that not all public spaces are public spaces, some spaces are in fact privately owned, it’s up to the owners of the space to set their rules so even if you perceive you’re in a public space, and you’re told to move on by security, you are not in a completely public space, the security is moving you on for a reason, don’t argue, it’s their job. Some privately owned public spaces do allow you to shoot regardless, so not all is lost. One example would be QV Melbourne, just south of the State Library, I was told no photos by security there about a month back, but he just waved his arms and mimed no photos as he was on a different level to me so I gave him thumbs up and moved on, but I assumed it was only because I was standing by 2 security cameras at the time. I decided to pass through QV with my camera again this past weekend to which a guard came up to me and said that in order to shoot there you need permission or to basically just let centre management know what you’re doing. He explained that that’s their rule and all I had to do was introduce myself and explain I’m taking photos of the space and I was allowed, I chose not to and to move on from here however as there isn’t much of interest to photograph there and this messing about with centre management would take up time that I could be using to photograph elsewhere.

I feel that if I hesitate to take a photo of someone or something then that’s probably a reason for that and I shouldn’t take that photo. I think a good way to familarise yourself with taking photos of people would be to go down to China Town and shoot through shop windows. Most Asian restaurants in the area prepare food facing the street in the full viewing of the public, and would be used to tourists taking their photo, so they won’t be overly bothered by you taking a shot, just maybe don’t stand at the one window for 20 minutes taking hundreds of shots trying to get your technique perfect, they might be bothered by that, and it’ll get boring for you, move along, explore, find some protesters, or go to a festival in the city when one’s on, there are alot of ways to gain the confidence, it’s so cliche but I mean if I can do it…

Here’s my most recent work, enjoy. 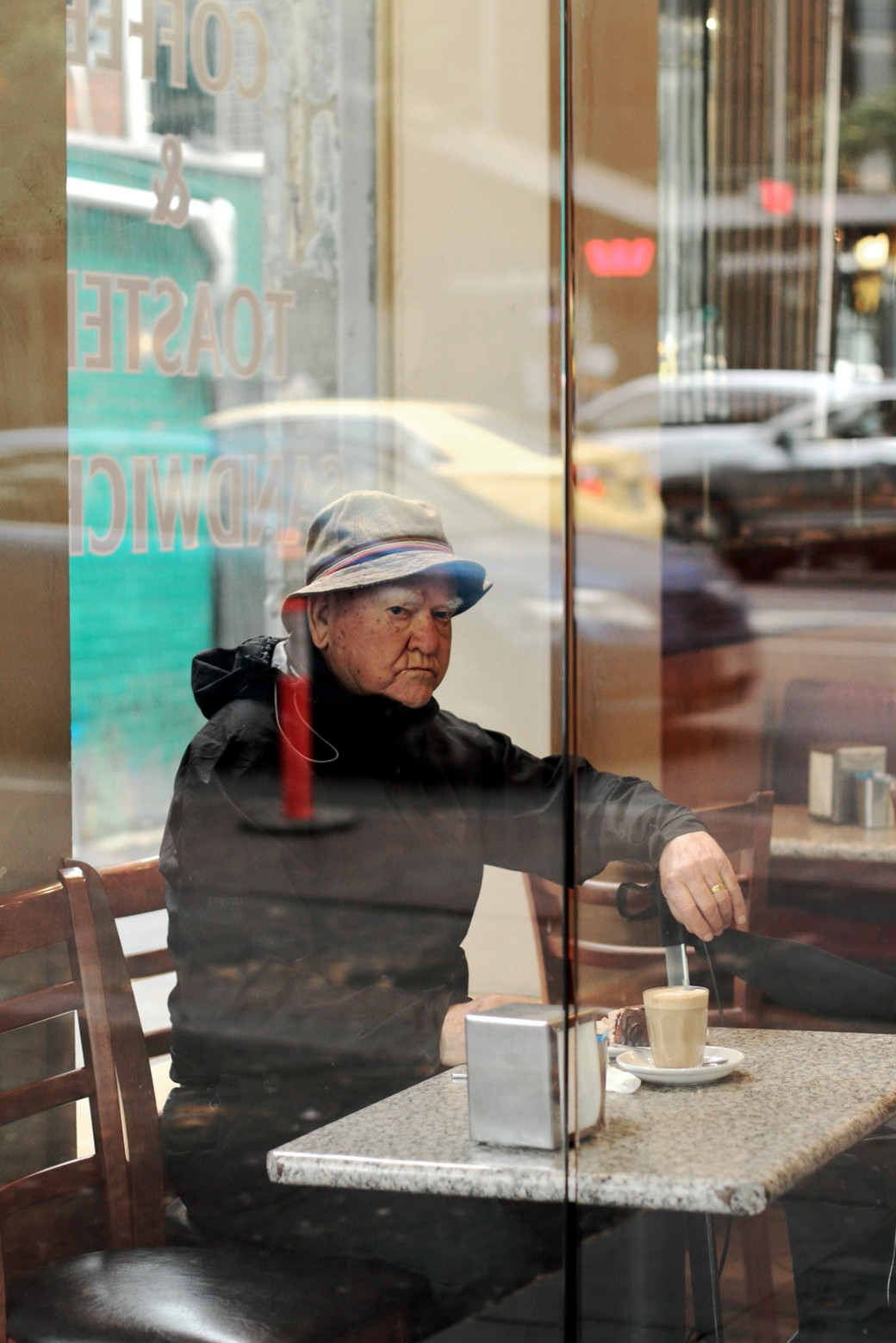 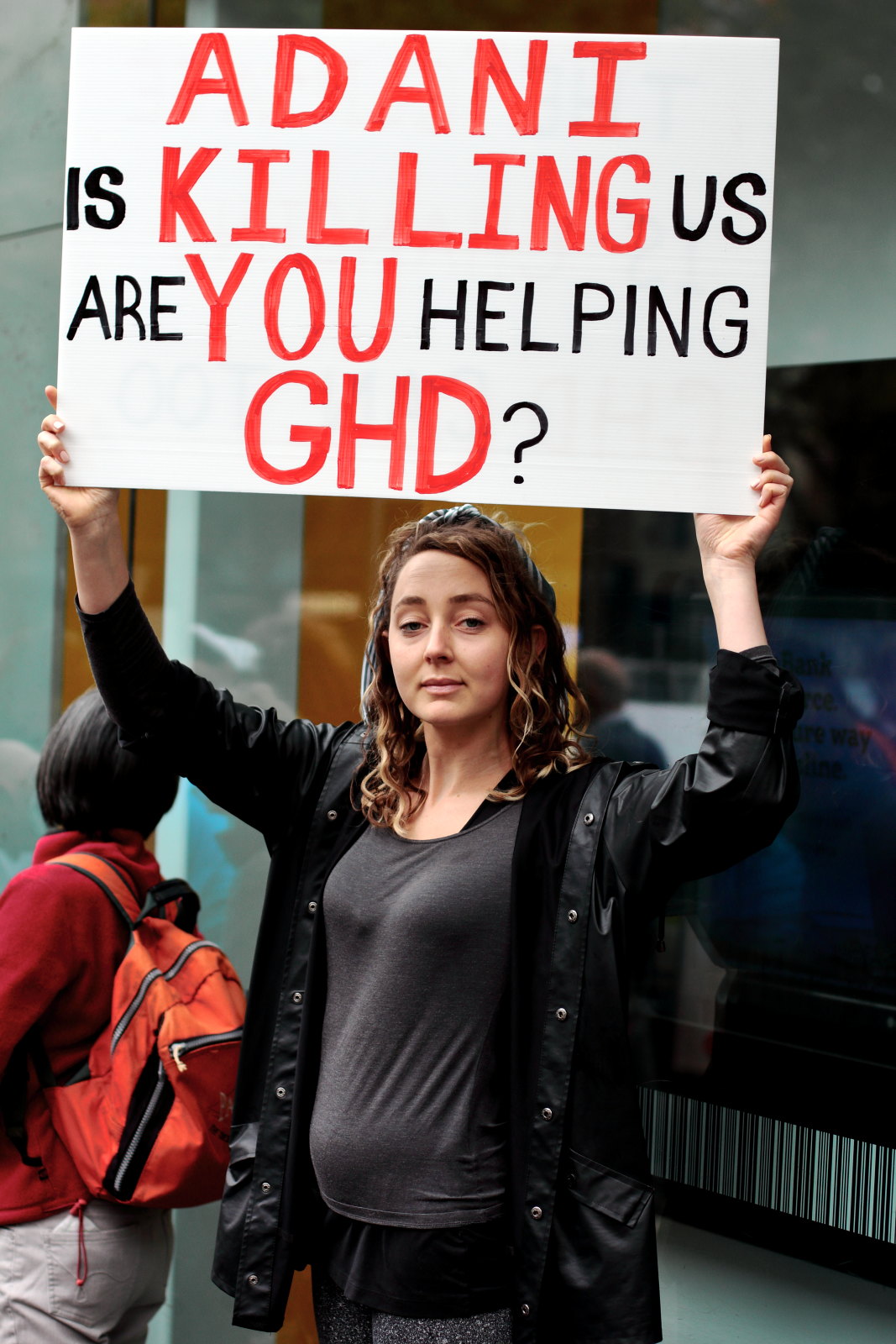 I know there’s alot here, and alot of street photographers will say that they go out shooting for 3, 4 hours and if they only get one good shot out of 200 then they’re happy, but part of the reason why is that most are at a point where they feel they need those iconic images, the type that will live on in 50 years in “greatest photos of our century” type books. But forget about getting those iconic images, have fun, shooting scenes on the street is doing just as much to document your city in the current times as one ‘iconic’ image. But that said, keep in mind that not every photo is a good one or one you’ll be happy with, for all the photos you see here I probably deleted the same amount. 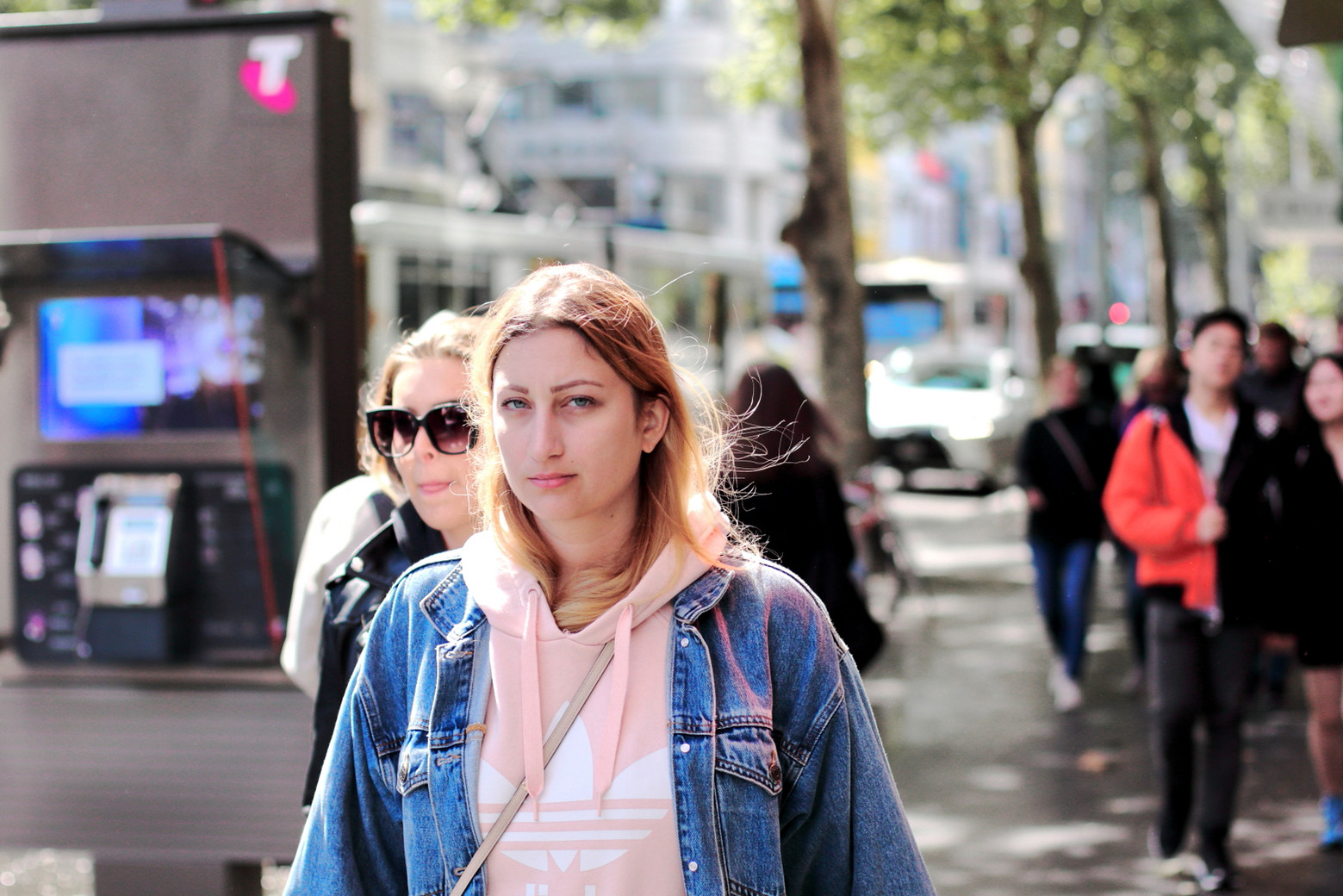 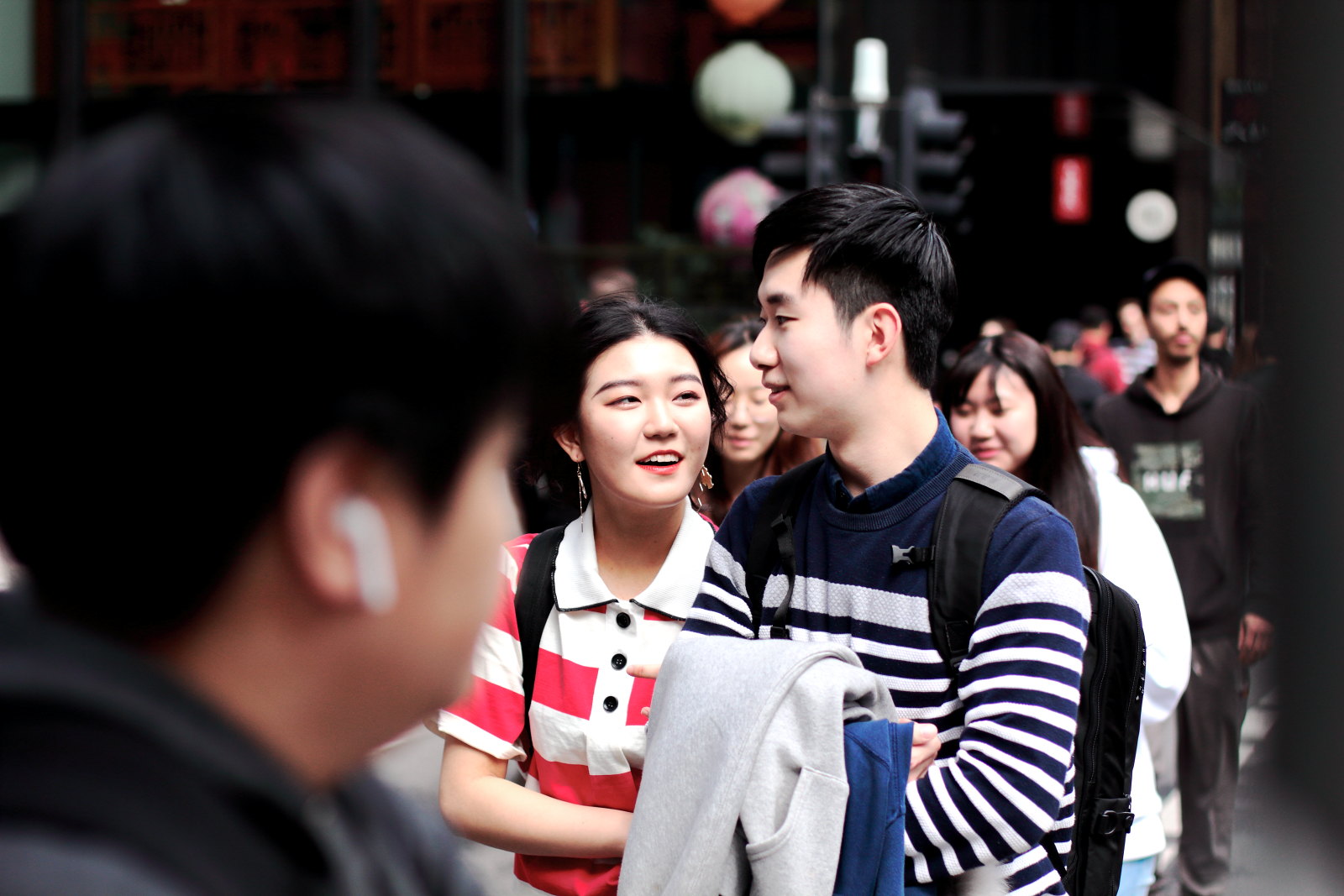 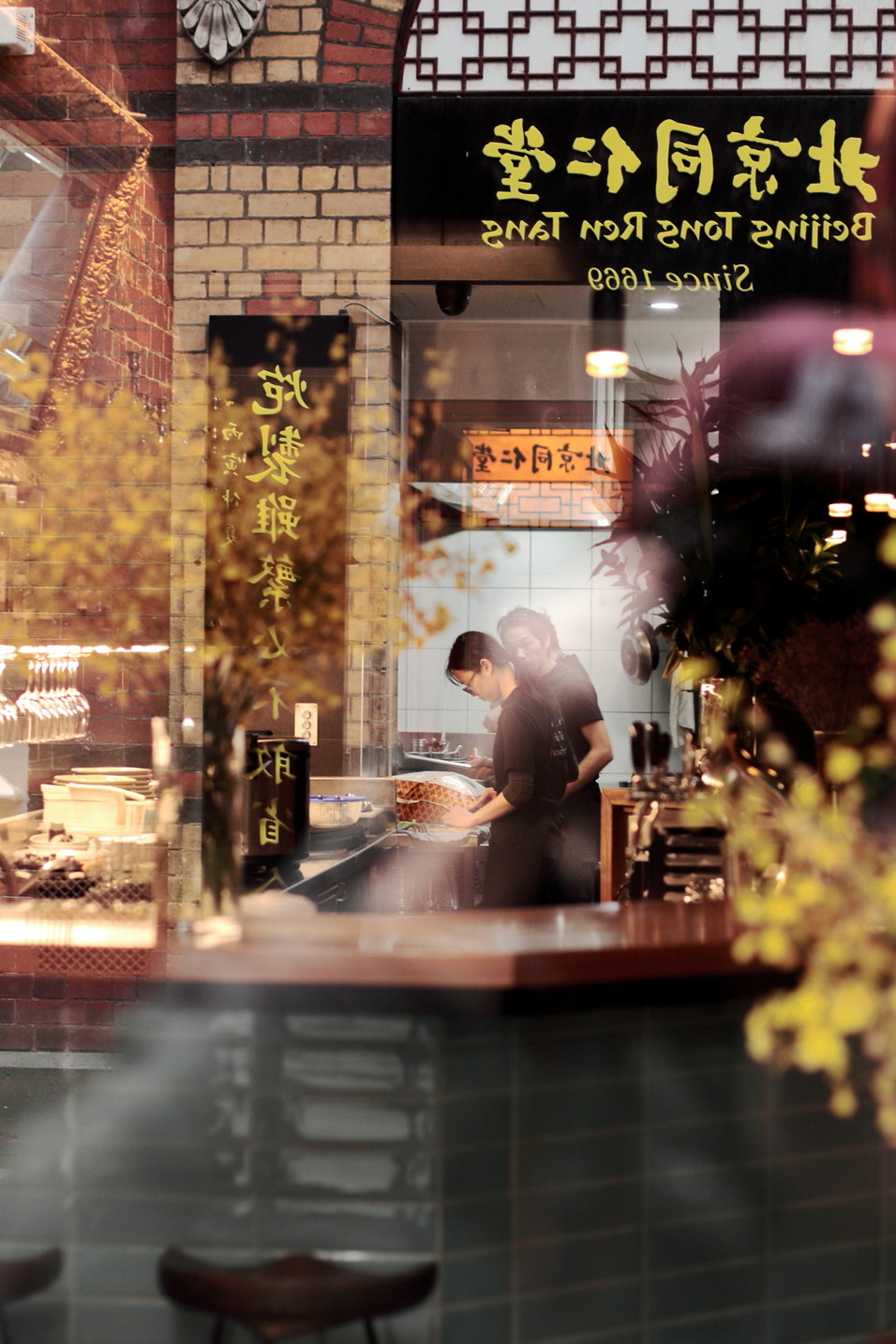 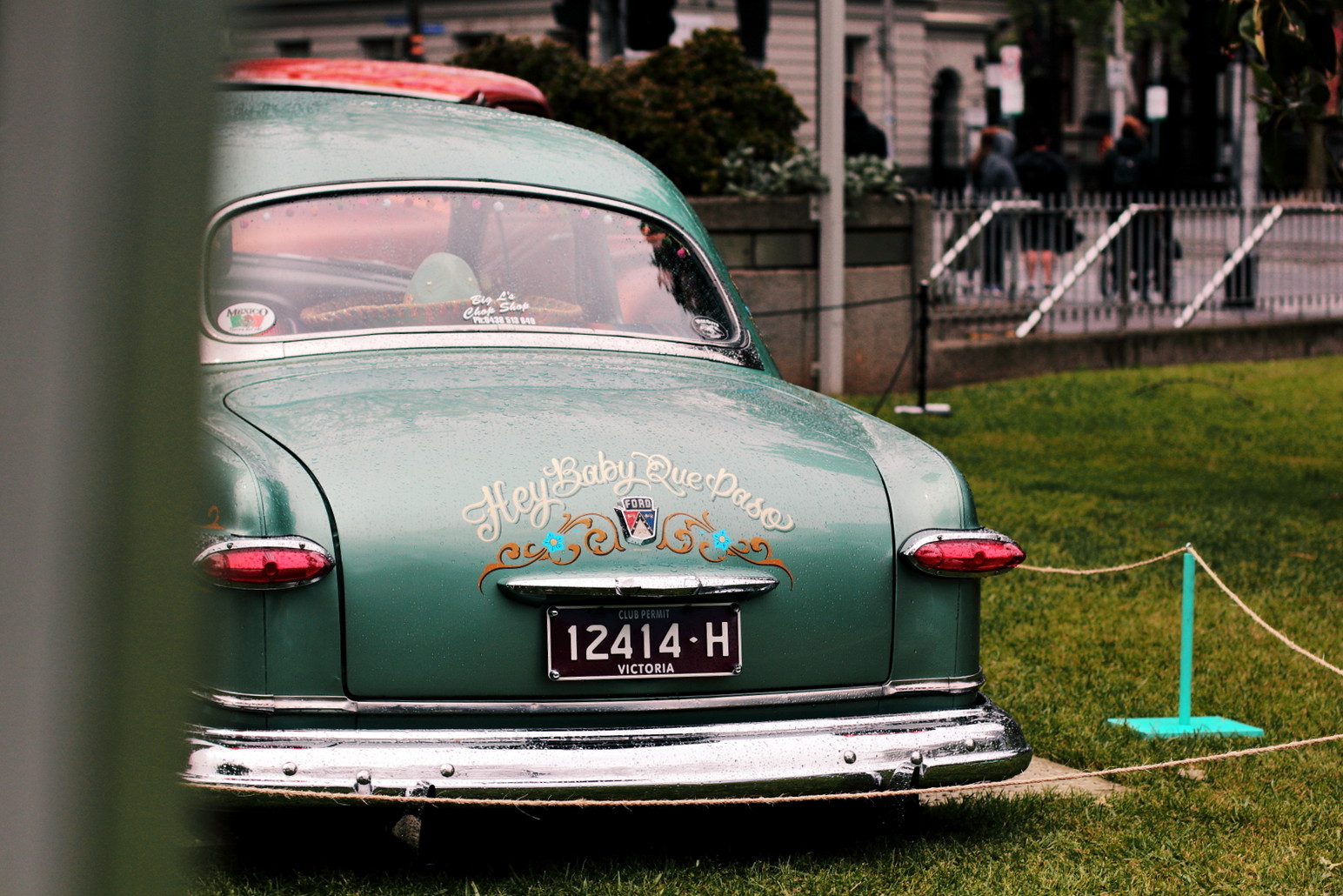 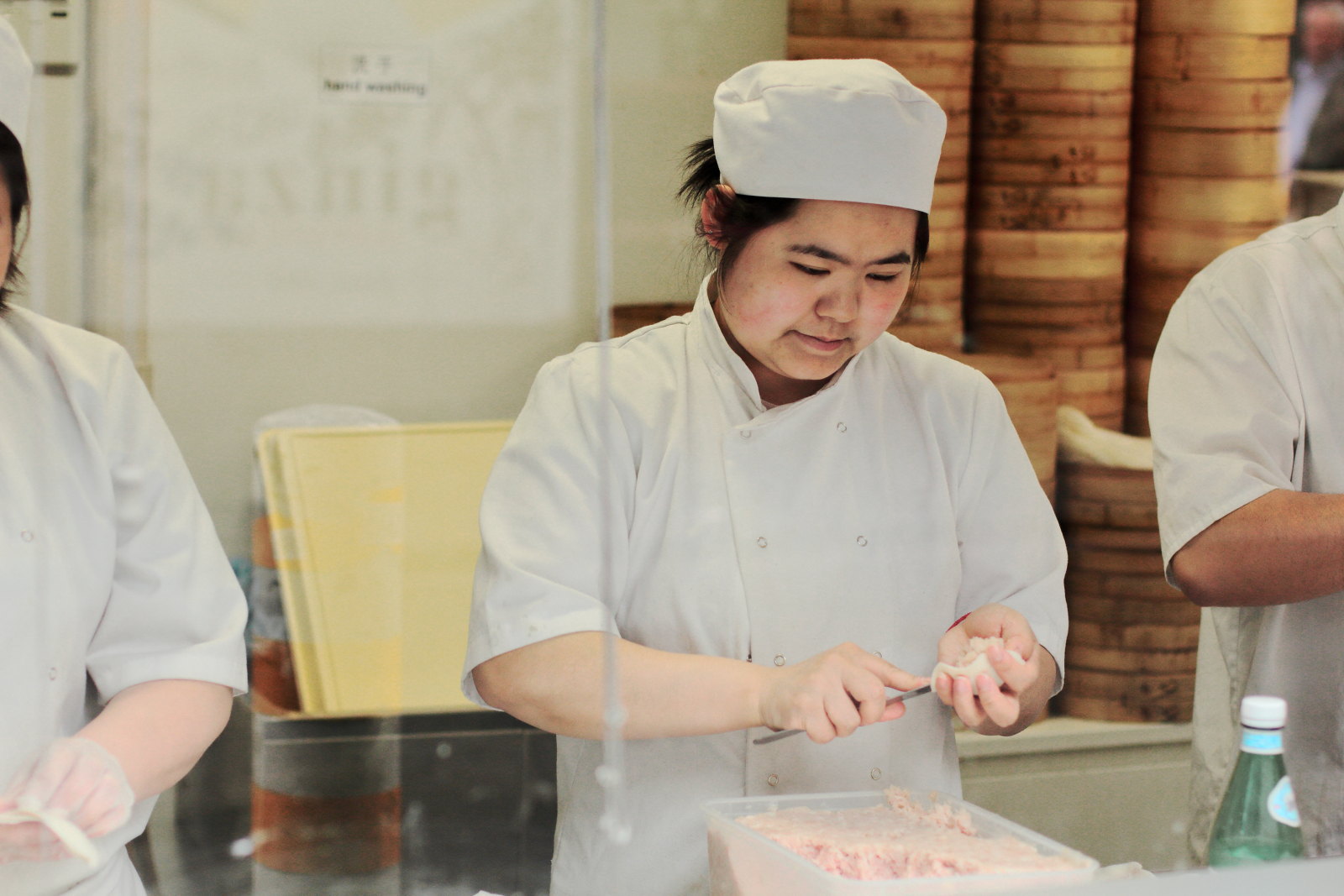 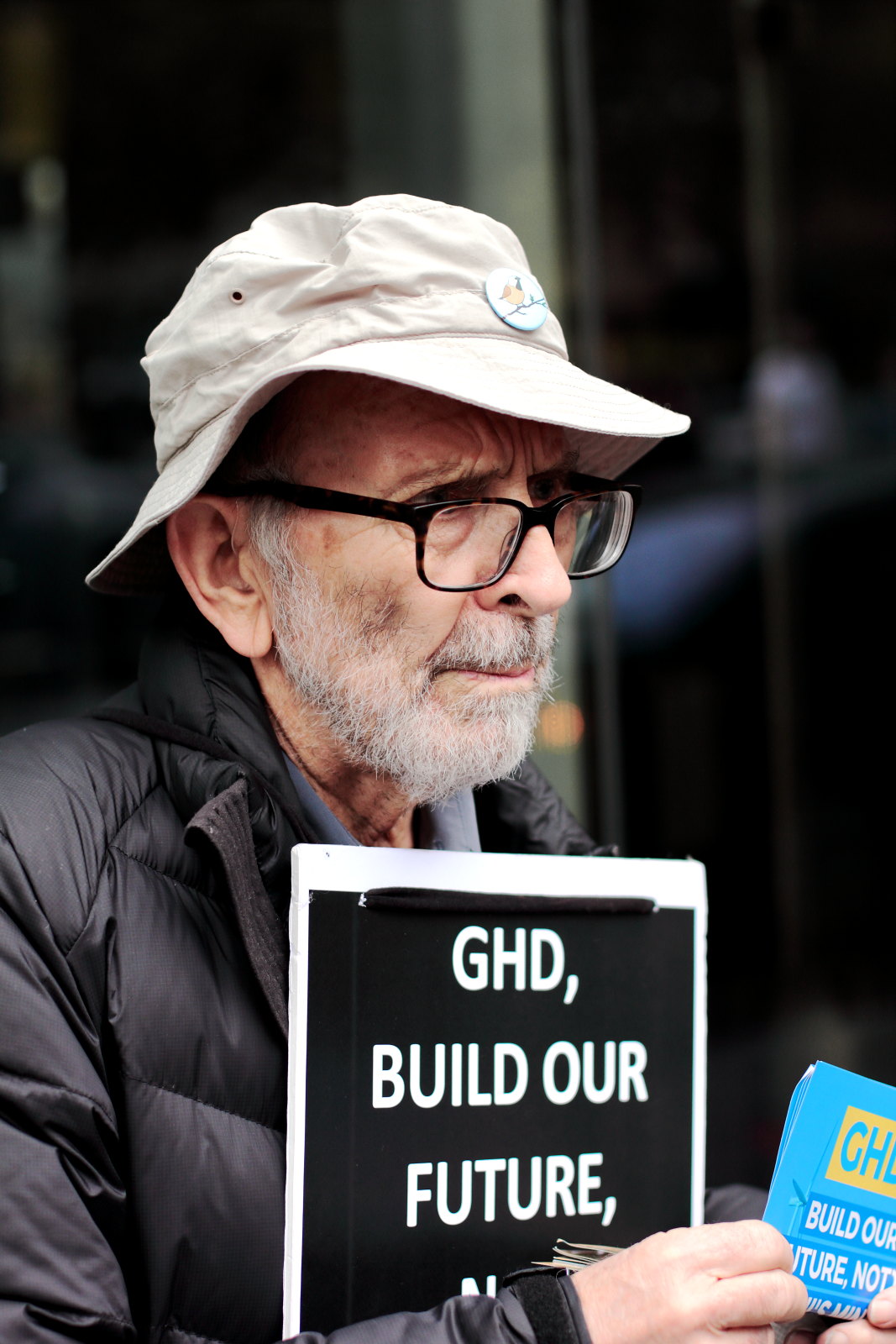 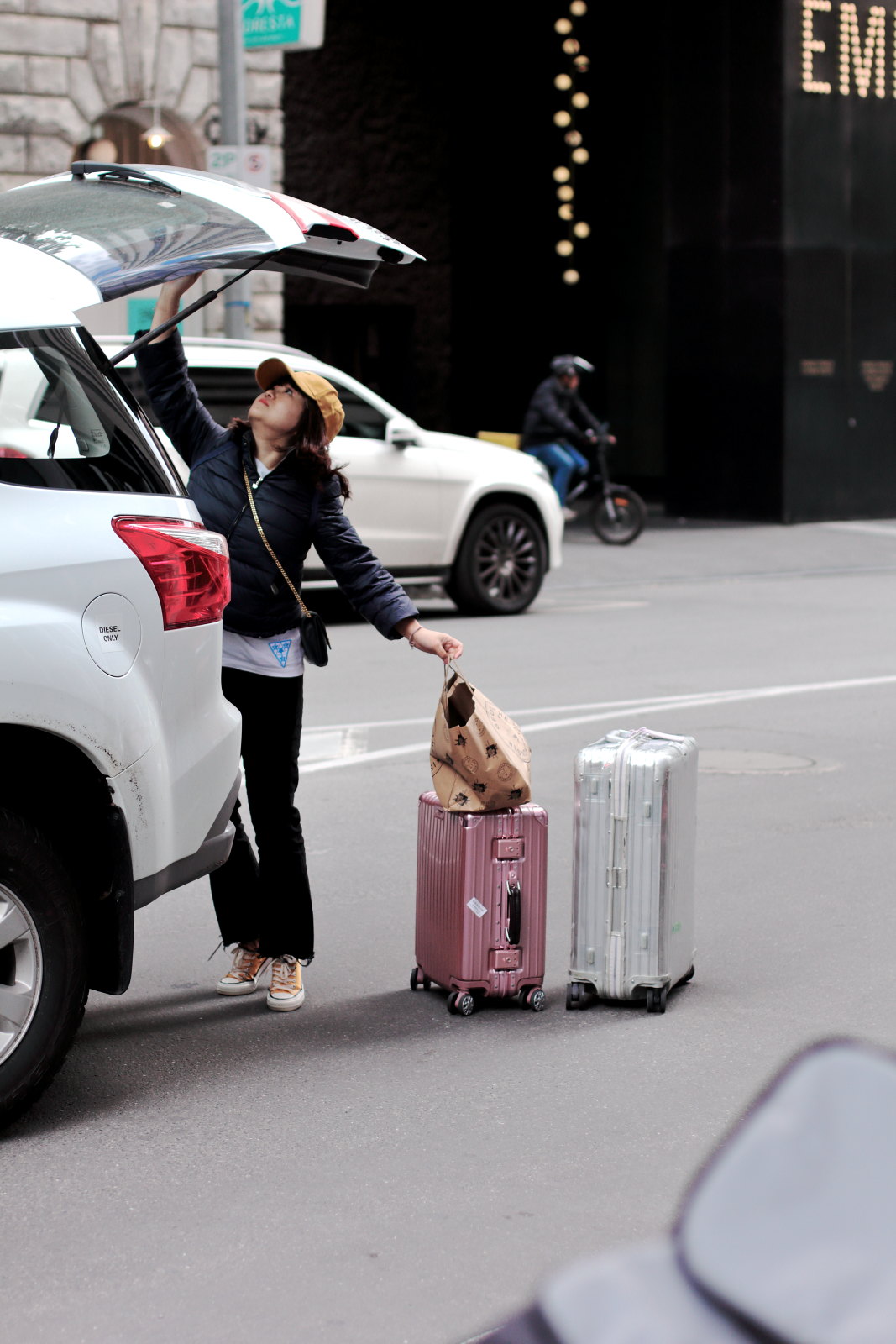 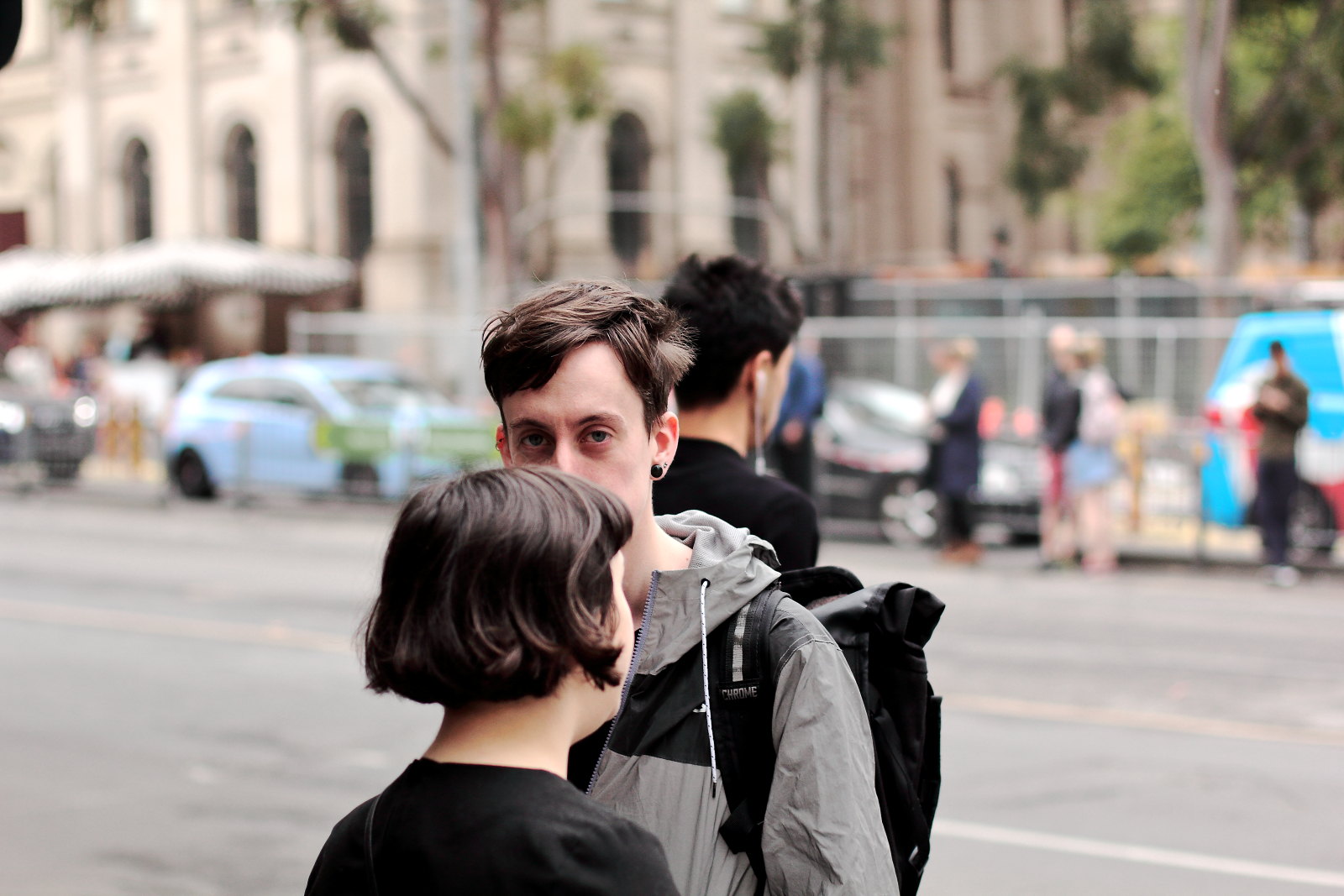 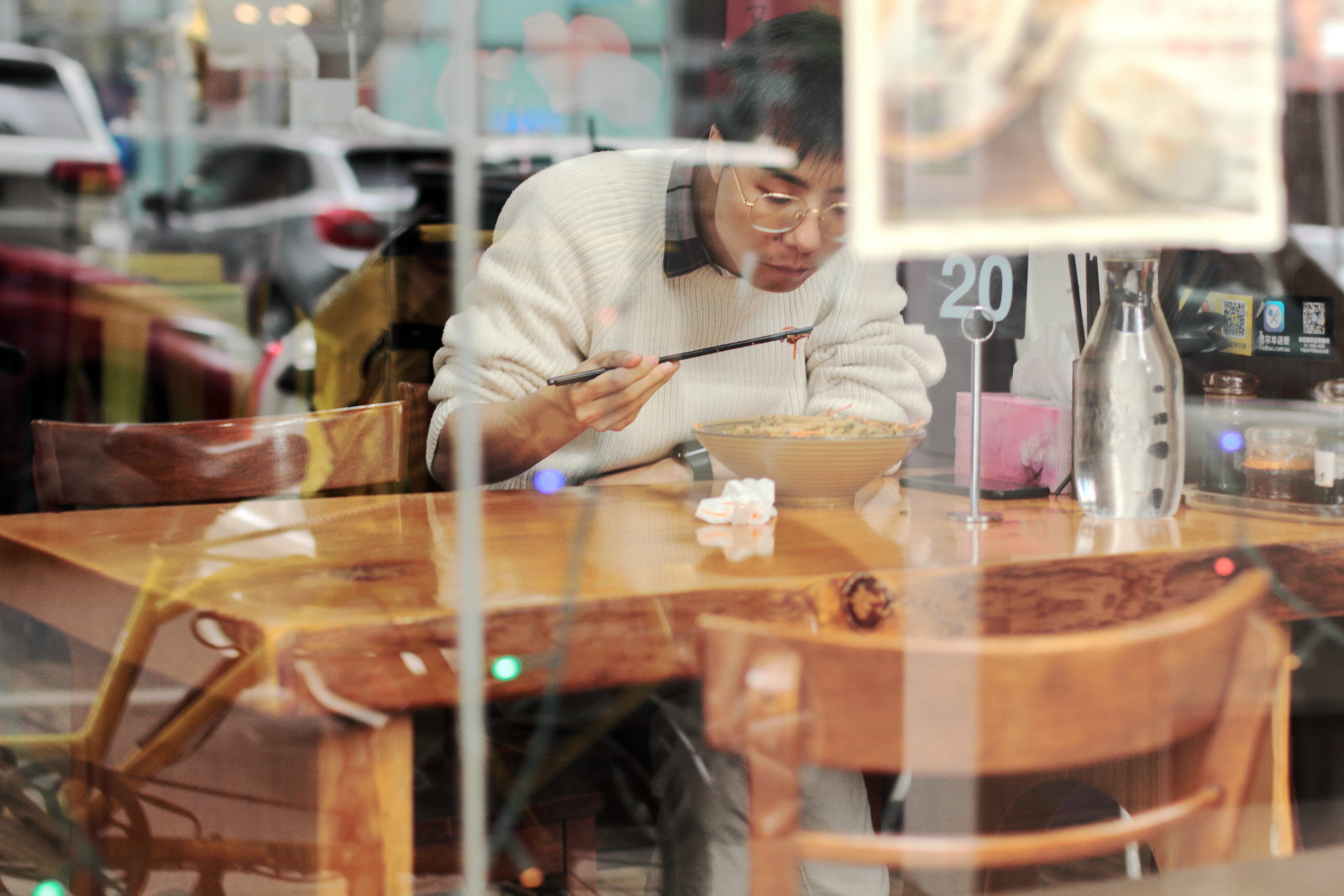